skip to main | skip to sidebar

Steven and I are blessed with 2 wonderful grandchildren (by way of Jordan's soon-to-be fiance, Jenn)...today, we go to Julianna's graduation from daycare (she will be going to school starting next week!!!!)...We are going to the picnic to celebrate...Gramma Fay, Granpa Tony, Steven, me and the puppies plus Andrew! What a fun day Jenn has planned for the kids at day care! Pony rides, petting zoo, the Toven Gang! should be a hoot!!!
Watch for pictures!!!! If I don't forget the camera!!!
Posted by Toni at 4:38 AM No comments: 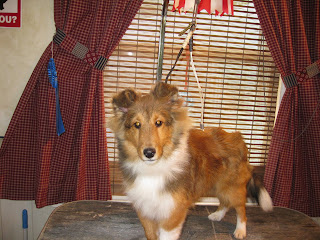 These babies have kept us on our toes here all summer...what a delightful bunch! In order, since I'm not too sure how to edit this)is Patch (Toven Icy Hot), Angel (Toven On angel's Wings) and Briten (Toven???? ANy suggetions????)
Posted by Toni at 6:19 AM No comments: 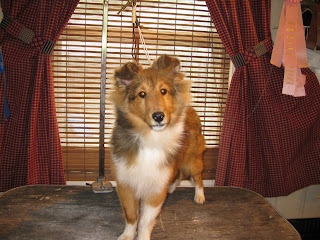 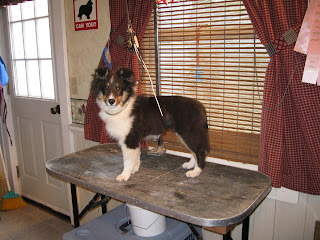 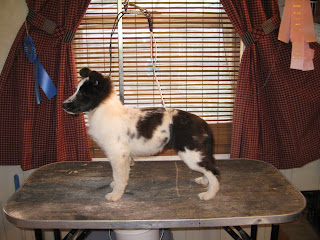 It's been a long summer here...we've had lots of ups and downs with Steven's new retirement, but for the most part, life is doing okay....
Puppies are growing like little weeds...can hardly believe that Briten is 5 months old and Angel and Patch are 4 months come the 7th!
Posted by Toni at 5:59 AM No comments:

Hi, All! I am going to try and get this thing started...be patient with me. so much has happened since last December, I'll never catch up, but I'll try to a little at a time....

Let's see...Steven has been forced into semi-retirement...he has re-opened his small contracting business so Toven Services is in full (or almost full) operating status. Not exactly what we thought "retirement" was going to be, but, it is what it is....luckily, Steven is a very talented man...we might save the house yet!

Dog-wise, it's been a pretty busy year...we've had some very pretty babies born here...starting the end of last August, we had a lovely litter out of Mira ("Toven An Affair To Remember" ex "AM/Can/UKC Ch Bach Belmark On Canvas"--Monet)...4 babies...2 blue girls and 2 tri boys. All are doing wonderfully in their new homes...I'll try and update that bit of news at another time, but, the blue girl we kept, Camille ("Toven Water-Colored Memories") finished her Can Ch in 3 shows with my dear friend, Shelley McHugh-Boumans...she was BOW at the first ever Regional Specialty, and ended up BPISS (the same day our Wave --bi-black bitch I bred (and now co-own) with Donna McColloch--"AM/Can CH Toven Rikadon Makin' Waves"--was BOB...She also won her first BPIS at her first all-breed show...you should see all the huge rosettes!!!!! There was a specialty sweeps as well...I hear the prize helped take care of her expenses!!!! YIPPEE!!!!

She's back home now and has been shown only 3 times...won Colonial's Sweeps and took her first point in VT going BOB over a specials! NOTE: I was showing her!!!! Right now, she is sporting a lovely e-collar while she heals from an eye injury incurred while fence running with Lucian...she had to have her 3rd eye lid stitched over her eye for protection while it heals...2 eye drops/2 antibiotics multiple times a day...vet says he thinks it'll heal well,may leave a white scar in her eye tho...sigh! Guess she'll have to travel with a doctor's note from now on!
Oh, she was also 3rd in her ASSA Nationals' class (her first show)....it was a nice big class I'm told and the Sweeps winner and a 1/2 sister of Camille's were first and second...not a bad showing...

Okay, I'm boring you all and I hope this actually comes out on blog...please let me know if it has...we'll attempt pictures later!
Thanks for "listening"!
Toni & The Toven Gang
Posted by Toni at 4:42 AM 1 comment:

Luna, Apollo and Carson have landed in Europe

All 3 had a safe flight, have had their breakfast and morning walk. They are now helpong with unpacking and later this evening they will meet the rest of the crew!
Posted by Toni at 12:57 AM No comments:

We have had a lovely week with Johanna Allanach and Jeanette Hardis Larsen from Denmark here at Toven. They had arrived planning on picking up Carson (Rikadon Toven Bi All Means) for a stay at Bluewyle in Denmark, and have decided to bring 2 other black Shelties back with them as well....Luna (Toven Blame It On The Moon) and Dury Voe Apollo are going for an extended stay in Denmark and England. 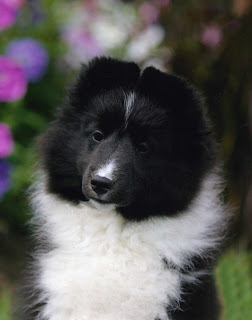 Monty's agility team came in 3rd at the Danish Agility Team Championships on 6th of September 2008.
Posted by Toni at 6:00 PM No comments:

This blog is dedicated to all performance and show results from the Toven shelties. Please send your results (and pictures) to Toni at toven at verizon . net